Telephone: (01624) 668191
Email: This email address is being protected from spambots. You need JavaScript enabled to view it.

We are very proud of Lizzy and Zoe, CruzKids members, who have both graduated from university this month. Both Lizzy and Zoe have also raised funds for Cruse in the past - Lizzy ran the Great North Run and Zoe did the Parish Walk.

Please read their stories below.

Lizzy's older sister, Eleanor, died in 2007 of a rare condition called Wegener's Granulomatosis. Lizzy was only 11 years old and described how she sometimes felt really angry, sometimes really sad and that she felt like there was a big hole inside. Soon after Eleanor's death Lizzy started receiving 1-2-1 support with Cruse and over the years has been a regular and enthusiastic supporter of the CruzKids programme. She is pictured recently at her graduation ceremony at Northumbria University where she received a 1st Class Honours Degree in Occupational Therapy, describing her career choice because she simply "wants to help people". 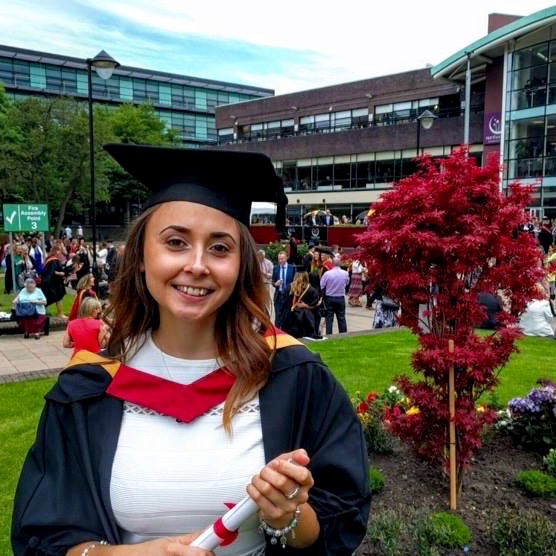 Zoe's dad died of Multiple Myeloma, a cancer of the bone marrow when she was only nine years old. As is the case with many children, as Zoe approached teenage years the reality of her loss really hit her and she sought support from Cruse to help her deal with the new feelings she was experiencing. Zoe was pleased when the CruzKids programme was set up and she realised that she was not alone. Zoe is shown at her graduation ceremony at the University of East Anglia, where she received a 1st Class Honours in Drama. She is an accomplished actress, but Zoe has a strong desire to help those less fortunate than herself and in September continues her studies at Southampton, training to be a Special Needs teacher. 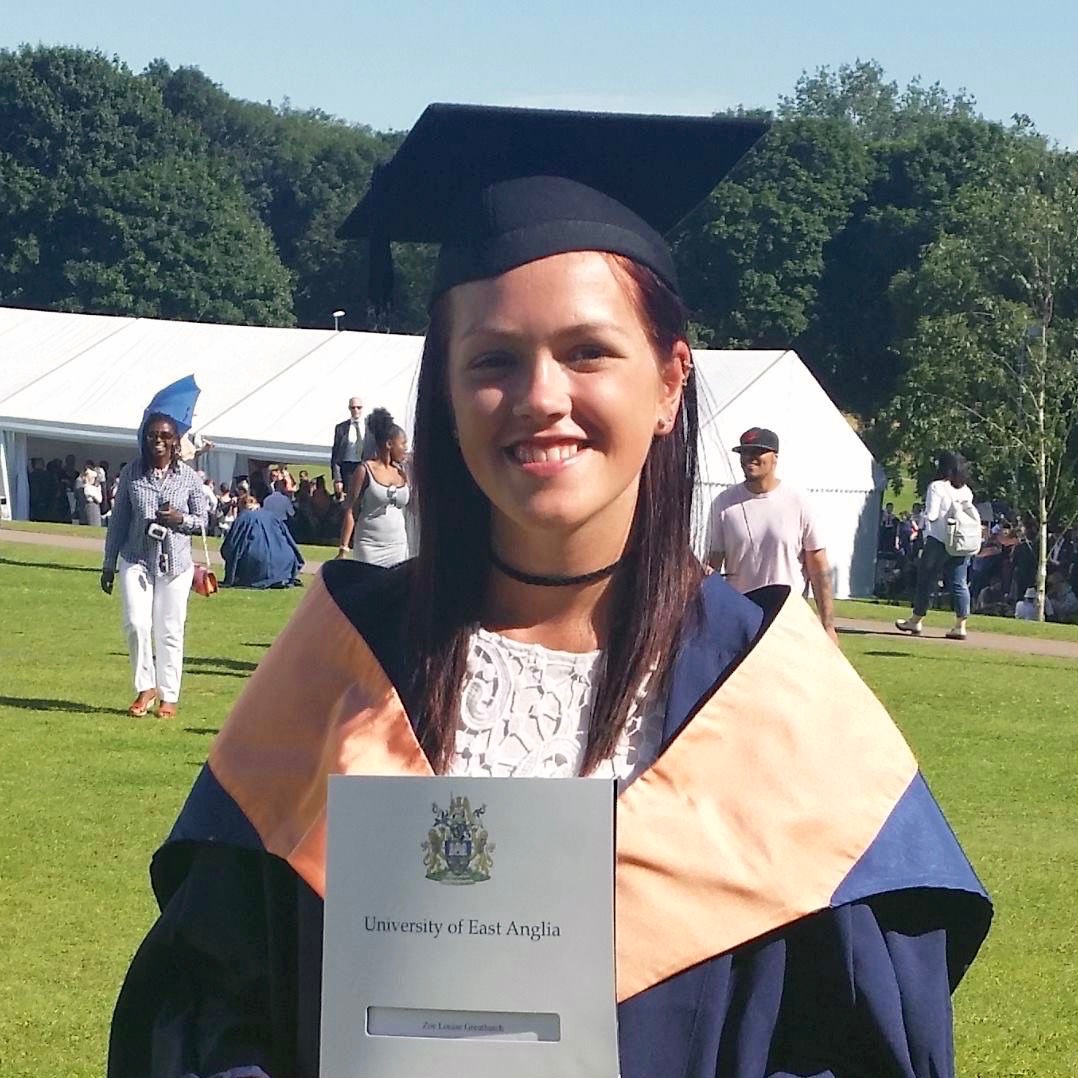 Well done on your achievement girls, you really both are amazing!